What is difference between Callback and Promise in Javascript with example

What is difference between Callback and Promise with example

In this Javascript Tutorial, you will learn the basic difference between Callback and Promise with an example.

If you are going to start your career as a Node js developer then you must know about the callback, promises and use of Async and Await to handle deferred operations in JavaScript.

Javascript is a powerful programming language with its ability for closure, callback functions and many other features.

In Javascript, Callback and Promise are two main methods that handle asynchronous tasks.

Due to event-driven non-blocking I/O model, Node is heavy use of callbacks. A callback may or may not be executed asynchronously.

setInterval accepts a callback function as its first parameter and also a time interval.

In the above example, add() is a function and it is passed to function display() as a callback.

A promise is an object which is used to handle the asynchronous result of an operation.

The promise constructor takes one argument, a callback function with two parameters, resolve and reject.

Its arguments resolve and reject are callbacks provided by JavaScript itself. Our code is only inside the callback function.

As compared to Callback function, It is very easy to debug the error with Promise like try-catch block.

A promise made the chaining of functions straightforward and simplified the code. Common need of chaining is to execute two or more asynchronous operations back to back, making it much easier to read. Each subsequent operation starts with the result from the previous step when the previous operation succeeds.

Promises are built over callbacks, it is much more readable then Callback function code because The truth is, making use of callbacks in a clean and concise way is challenging. 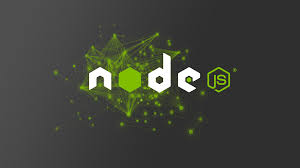 How to Install Node.js on Window ?

How to create first application in Node.js in Windows Environment

How to connect mysql database in node js with crud query example?

User login and registration using nodejs and mysql with example

Generate JWT token after login and verify with Node.js API

Hashing passwords with Bcrypt and node.js

Route Middleware to Check if a User has active subscription in Node.js

How To send emails using Node.js with Nodemailer npm